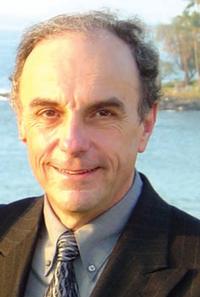 Born in Worcester, Massachusetts, Evan P. Sampatacos pursued a career in aerospace design and was an honors graduate of Princeton University’s Department of Aerospace and Mechanical Sciences. Subsequently he earned his master’s degree in aerospace engineering at the Massachusetts Institute of Technology, where he received its Donald Douglas Scholarship. Early in his career, he worked on the design of the Viking Mars Lander and other space vehicles. Subsequently, he transitioned to rotorcraft design and worked with the McDonnell Douglas NOTAR Team. In 1987, the American Helicopter Society recognized Sampatacos and other team leaders for their contributions with the Society’s Howard Hughes Award, which is given in recognition of an outstanding improvement in fundamental helicopter technology.

When McDonnell Douglas combined its crew stations, human factors engineering and forward fuselage design groups in 1988 into a new crew station department, the firm appointed Sampatacos to become its department manager. He subsequently became director of the McDonnell Douglas Canada facility. Following the Boeing merger in 1996, he served in a series of high level structural engineering positions at Boeing’s Philadelphia and Mesa facilities. In 2002, he was elected to the AHS Board of Directors as the Mideast Regional Vice President. A prolific designer of new technologies, he held patents titled, “Low drag, bearingless rotor head for helicopters,” “Roll turret gun mount,” and many others.