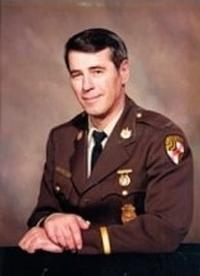 After serving in Vietnam as a helicopter pilot in the U.S. Air Force, Norman R. Mowbray, Jr.,  joined the Maryland State Police rescue helicopter unit where he won numerous citations. Upon retirement in 1989, he became a leading proponent of the Bell-Boeing V-22 Osprey tiltrotor in presentations before government agencies and Congressional members and staff. He organized and led countless one-day seminars on the tiltrotor’s dual use (civil and military) capabilities throughout the United States. He worked closely with John Zugswchert, then Executive Director of AHS, throughout the 1990s at the American Helicopter Society headquarters in Alexandria, Virginia and later at the Textron Washington offices. Mr. Mowbray was a frequent attendee of AHS functions, including the Annual Forum and specialists’ meetings.

Mr. Mowbray passed away on October 12, 2010 in Bryantown, Maryland.