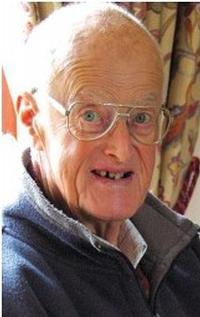 Thomas Shelly Beddoes was born in Chester, England in December 1932 and started his career in aeronautical engineering at de Havilland Aircraft Hatfield in 1950. He completed a five-year apprenticeship in 4-years and then joined their aerodynamics department.  In 1955, Tom immigrated to Canada, settling in Montreal where he was employed by Canadair.  His work there included flight test analysis, performance evaluation and stability assessments of the F-86 Sabre Jet and B-47 Iroquois engine testbed aircraft.  He also performed the air load analysis for the Canadair Tutor Jet trainer.

After a brief time at Beech Aircraft in Wichita, Tom moved with his family to Connecticut in 1965 to work for Sikorsky in their aerodynamics department. It was there that Tom began to formalize his interest in unsteady aerodynamics, bringing his knowledge and experience of control methods to bear on the problem of modeling.  Tom was known at Sikorsky as an innovative engineer with well-informed technical judgment, accuracy, and versatility.

In 1972, Tom returned to England, taking a post as Research Aerodynamicist with Westland Helicopters in Yeovil.  He was interviewed by O.L.L. Fitzwilliam, Chief Engineer (Research) and former Director of the Rotary Wing section of the Airborne Forces Experimental Establishment, who hired him on the spot.  At the time Westland was working on improvements to rotor blade stall and shock-induced separation envelopes to improve the performance of a new generation of helicopters.  Tom soon began to develop a new generation of aerodynamic models that were to become fundamental to Westland's future rotor design capability, including his "time-delay" model for dynamic stalls. Westland Engineers soon found that they could accurately predict rotor loads and performance, especially near the limits of the flight envelope.  Tom's models were kept mathematically concise yet were physically based, and consequently, they greatly enhanced understanding of the complex processes that can limit the performance of a helicopter rotor.  They could also be easily used in design and with great confidence.

Airfoil design and testing had historically been an important activity in the UK, but the advent of Tom's unsteady aerodynamic models led directly to the development of an experimental facility for testing airfoils under unsteady conditions. This facility was built at the Aircraft Research Association in Bedford. Tom played a key role in configuring this facility, which was used both for direct airfoil design work and to provide data to validate and extend his modeling approach. This unique facility which could produce arbitrary motions in both pitch and heave over the full range of Mach and Reynolds numbers relevant to helicopter flight, eventually documented the unsteady aerodynamic characteristics of more than 20 airfoil sections.

As Tom developed his models to include more and more physical processes, he published his work in a series of papers in several outlets, including Vertica, AGARD Proceedings, and at AHS meetings. Some of his work was also brought together within the pages of the Journal of the American Helicopter Society.  Since then, the relevant equations have been used in almost every helicopter rotor and wind turbine analysis in the world.

However, perhaps Tom's best work, the work that gave him the most pleasure, was the extension of the unsteady aerodynamic model to predict the acoustic signature of the helicopter rotor, especially for modeling blade slap.  Tom evolved an approach that could calculate an accurate acoustic time-history from a rotor, including blade slap events, that could run in a few minutes in a desktop environment.  Along the way, he developed a prescribed vortex wake model and extended the unsteady airfoil stall model to a wider class of airfoils and to arbitrary blade shapes. Tom continued to report his work in a series of presentations and publications that continued until his retirement.

Over some 30 years in Westland, Tom Beddoes developed a unique insight into the complexities of rotor aerodynamics.  He did his research within the aerodynamics department, and his mathematical model and the physical insight that it gave had a profound influence on the work of his immediate colleagues. Tom often enjoyed making his point in spirited debate, but he was patient too and was always interested to hear about another perspective.  He had a broad spectrum of experience and was a true multidisciplinary engineer, generously sharing his knowledge whenever it was needed.  He had the knack of generalizing experimental data and the results from complex calculations from many sources, developing a fundamental understanding of the problem, and then bringing a solution to the table in a simplified and practical form.  His engineering methods were not only grounded in physics but were elegant in mathematical form and could be inverted for design purposes.  Among his other contributions, he popularized the indicial method for modeling unsteady aerodynamics, moving away from the more abstract textbooks origins of the theory and bringing it to practical fruition in an almost deceptively simple manner.  The techniques and numerical methods that he developed soon spawned further developments of the indicial approach to solve other problems including the design of blade tips that demonstrated dramatic reductions in noise.  The confidence that his models instilled is apparent in the design of the BERP blade, which in 1986 enabled a Westland Lynx to take the World Speed Record for conventional helicopters, a record that has now stood for 25 years.