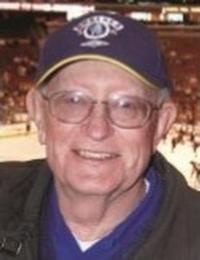 Born on May 11, 1935 in Badsey, England, Robin William Sandford was the son of Pearl and Francis Sandford. He worked for 35 years as a rotor development engineer for Boeing of Ridley Park and had been a member of AHS since 1966, and was a Gold Circle Member. “Sandy” as he was known by his colleagues, was well respected and admired for his honest and straight forward approach and significant contributions to the field.