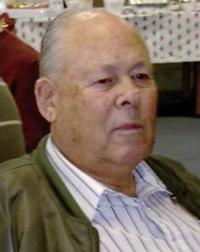 Donald Armstrong was born May 7, 1927, in Redwood City, CA. Armstrong knew from a young age that aviation was to be his life’s passion, and he shared this passion with his father. The two studied together and both obtained their pilots' licenses. His father enjoyed flying and became involved with the Civil Air Patrol. Shortly thereafter, while on a Civil Air Patrol search and rescue mission, his father was killed when his plane went down in a mountainous ravine. Armstrong was only 17 years old; from that point on, he knew he wanted to focus his career on aviation safety.

Armstrong was an officer in the United States Army and served in the Korean War as a helicopter pilot with the 8076 MASH Unit. He graduated from Stanford University in 1955 with a BS degree in mechanical engineering and launched his career in test flight starting at Hiller Aircraft. He dedicated his life to flight test and aviation safety and was an Associate Fellow with the Society of Experimental Test Pilots (SETP). He spent the majority of his career years serving with the Federal Aviation Administration, where he retired in 2001 after 44 years of government service.

Amstrong was a key participant in FAA certification for virtually all rotary wing programs for Hughes, Lockheed, and Fairchild-Hiller, as well as business jets and McDonnell Douglas airliners. He was responsible for opening the door to IFR operation of civil helicopters and guiding research on handling qualities and performance standards of V/STOL transports. He guided the certification testing of the Robinson R-22 and R-44, and MD Helicopters MD500N, MD600N, and MD900.