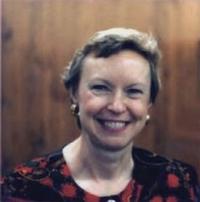 Martha W. Gracey was the director and chief design engineer at Kaman Aerospace Corporation. During her lifetime, she held a variety of AHS leadership positions, most recently as the president of the Connecticut Valley Chapter. She was a major presence in Kaman's engineering community, providing leadership and major contributions to the company's key programs.  She began as an entry-level design engineer. She later guided Kaman's transition to computer-aided design and manufacturing and rose within the ranks to become the technical leader of the Kaman's K-MAX and SH-2G helicopter programs.  In recent years Martha was design leader for Kaman's Egyptian, Australian, and New Zealand SH-2G Naval helicopter upgrade programs. She passed away on July 28, 2002.