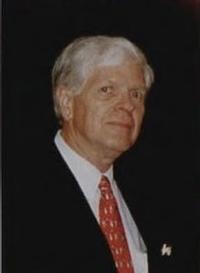 Stuart David Dodge was the vice president and director of the Bell Boeing V-22 Osprey Joint Program Office.  An experienced manager of rotorcraft programs, Dodge previously directed the development of all tandem rotor products at  Boeing, including the Chinook and Sea Knight programs. He was formerly with McDonnell Douglas Helicopter Systems in Mesa, Arizona, where he was president of development, production, and research for the A-64 Apache helicopter.

In a letter endorsing Dodge's nomination for AHS Fellow, S. Michael Hudson, president, and chief operating officer of Allison Engine Company, said, "Stu has established himself through his career at both Boeing and McDonnell Douglas as an outstanding technical manager and he exemplifies the professionalism that is the cornerstone of the society...He has been at the forefront of the contemporary movement to bring the design and manufacturing disciplines together into integrated product teams".  Stuart Dodge, a Fellow of the American Helicopter Society, died of cancer on June 8, 1997, in Ocean City, Maryland.