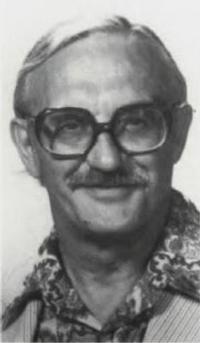 Dr. Henry R. Velkoff, long-time AHS member and helicopter pioneer, died February 17, 1993.  He was 71.  At the time of his death, Dr.Velkoff was a contract research scientist for the US Army Advanced Research and Analysis Office, the job he had held since 1985.  He was involved in advising US Army and NASA engineers on various rotary wing projects, and was conducting comprehensive investigation of the operational impact of rotorcraft produced downwash.

Dr. Velkoff was a member of the AHS since 1948, and served the Society in a variety of capacities, including Board member, Technical Director, Regional Vice President, Editor-in-Chief of the Journal of the American Helicopter Society, and the chairman office, the job he had held since 1985.  He was involved in advising US Army and NASA engineers on various rotary wing projects, and was conducting comprehensive investigation of the operational impact of rotorcraft produced downwash.

He began his career in helicopters in 1944 when, as an Army private with a BS in Mechanical Engineering from Purdue University and two years of employment with NACA, he was assigned to the Rotor Development Unit, Propeller Laboratory, at Wright Field in Dayton, Ohio.  He remained at Wright Field after the war and, as a government employee, conducted and directed R & D programs in composite materials, boundary layers, and tip-jet and turbo shaft engines as applied to the helicopter.  He also earned both his Masters and PhD degrees from Ohio State University during this time.

Leaving Wright Field to join the faculty of Ohio State in 1963, Dr. Velkoff began his second career teaching turbo machinery, gas turbines, eat transfer, dynamics, fluid mechanics and magnetohyro dynamics, while directing Masters and PhD candidates in rotary wing topics such as boundary layer characterization, unsteady rotor flows, and new helicopter rotor concepts.  Dr. Velkoff's personal field of study focused on the interaction between electrostatic fields and fluid flow.  Upon his retirement from the faculty in 1987, he had published 35 papers on the subject.

In addition to his membership in the AHS, Dr. Velkoff was involved with many other organizations, including the AIAA, ASME, ESA, ASEE, and the ARET.  He was elected to Tau Beta Pi, Sigma Xi, and Pi Tau Sigma, and he received many government achievement and service awards.  He served on special government boards and panels, including the DoD Heavy Lift Aircraft Panel, and the US Army Aviation System Command and US Air Force Scientific Advisory Boards.