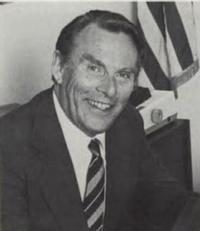 Mr. Dan Parker has been an AHS member since 1979 and began his first helicopter company in 1955 in Janesville, Wisconsin, while he was president of Parker Pen Company.  In 1962, he founded Omniflight Helicopters, Inc., one of the world's largest providers of helicopter maintenance, technical completions, and support staff for EMS, law enforcement, and utility industries.  Omniflight has its headquarters in Charleston, with offices in Janesville, Baltimore, and Addison, Texas.  It also maintains facilities worldwide.

Omniflight president Robert Buffum said the company, industry, "and the world have lost a great leader and friend. Dan was a pioneer and visionary.  He introduced new concepts and uncompromising quality and safety.  We were all motivated by his creative ideas, insight, and genuine regard for people.  We were fortunate to have known Dan."