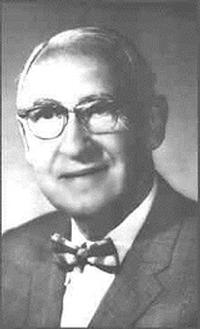 Helicopter pioneer and AHS founder Stanley Hiller began his career as one of the world’s principal developers of rotorcraft while still a teenager. His innovations in the technology of vertical flight included the first helicopter flown in the western United States – the XH-44 – as well as the famed Flying Platform, the one-man foldable “Rotorcycle,” the unique “Hornet” helicopter powered by rotor-tipmounted ramjet engines, and the first high-speed vertical take-off-and-landing tilt-wing troop transport – the X-18. The Hiller 360 used the innovative “Rotomatic” stabilizing paddles, which allowed the aircraft to be controlled easily, even hovering hands-off, a remarkable feat in 1948.

The Hiller 360 was the third helicopter to receive a government Airworthiness Certificate. Soon Hiller was producing the first battlefield evacuation helicopters for the French Indochina War and the Korean Conflict during the 1950s, with the 360 designated as H-23. More than 3000 have been sold to commercial and military customers worldwide, with production continuing today. In his second career beginning in 1966, he created the Hiller Group, which used his leadership and management skills to turn around failing companies in diverse fields. During the 1990s, he pressed for structural solutions to such trends as growing trade deficits, “paralyzing federal debt,” and corporate boards too weak to redesign failing management.

In his 78th year, Mr. Hiller was awarded the Smithsonian Institution’s 2002 National Air and Space Museum Trophy for Lifetime Achievement. AHS recognized him as an Honorary Fellow and with its Dr. Alexander Klemin Award, given for notable achievement in rotary-wing advancements.

Helicopter pioneer and AHS founder Stanley Hiller, 81, died on April 20, 2006 from complications of Alzheimer’s disease at his home at Atherton, California.