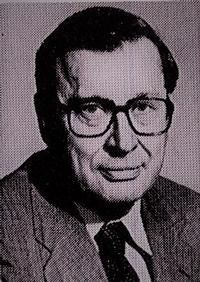 Kenneth Ivreson Grina, American Aerospace engineer, former Vice President, Research and Engineering, The Boeing Company. Grina, Kenneth Ivreson was born on June 1, 1923, in Fergus Falls, Minnesota, U.S.A, son of Theodore I. and Martha (Foss) Grina.  He completed his education as a Bachelor in Aerospace Engineering, at the University of Minnesota in 1946. He had a career in aerospace engineering serving as — from chief structures engineer to vice president of engineering research at Boeing Helicopters in Philadelphia, 1946-1987. He also served as a Consultant with Isreali Aircraft Industries, 1989, Boeing Helicopters, 1990; and as a Lecturer with Nanjing Aeronautical Institute, China, 1985-1990.

He has been writing contributor articles to professional journals.