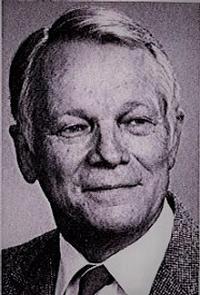 Dr. Robin B. Gray earned a Bachelor of Aeronautical Engineering degree from Rensselaer Polytechnic Institute in 1946, a Master of Science in Aeronautical Engineering degree from Georgia Institute of Technology in 1947, and a PhD degree from Princeton University in 1957. At Princeton, he was a student of Professor Nikolsky. From 1947 to 1949, Dr. Gray was a Research Engineer at Georgia Tech, where he worked with Professor Walter Castles, Jr. and began his career in rotorcraft technology. He was a Graduate Research Assistant and Research Associate at Princeton University from 1949 to 1956.

While at Princeton, he performed the first in‐depth flow visualization study of the vortex wake of a rotor in hovering and forward flight and developed a method for applying the results to the calculation of blade loading. Dr. Gray is a member of the Vertical Flight Society, the American Institute of Aeronautics and Astronautics, the American Society for Engineering Educators, and the Society of the Sigma Xi.  Dr. Gray was awarded with the Alexander A. Nikolsky Honorary Lectureship in 1991 at AHS Forum 47 Awards ceremony where he delivered his lecture titled, "Vortex Modeling for Rotor Aerodynamics."