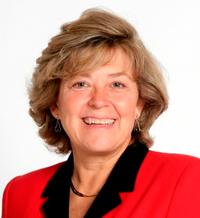 She is also co-chair of the International Helicopter Safety Team (IHST) and brings a strong engineering perspective to issues of rotorcraft safety. “The goal of the IHST was by 2016 reduce accidents by 80 percent,” she explains. “Before my time, there was a lot of talk about whether should you reduce accidents or reduce fatalities. We’re finding, contrary to what people thought, the line for reducing accidents and the line for fatalities are not parallel. So while we may be reducing accidents some, we’re not necessarily saving lives yet. . . . What can I do to either stop that fatal accident, or what can I do to make it survivable when it happens?” Ms. Smith intends to open the FAA’s new internal Rotorcraft Safety Initiative to industry. “One of the things I’d like to figure out how to solve is post-crash fires,” she says. “If you have an accident and the people on board that aircraft survive, how do we make sure they get out safely? Our aircraft that are being designed today and meet the latest rules have a lot of crashworthy fuel systems in them. But if they were designed in the ‘60s, they don’t have to meet the rules of the ‘90s. We want to encourage people to enhance safety in any way we can.”

As one of four certification directorates within the FAA, the Rotorcraft Directorate has engineers with broad safety responsibilities. Ms. Smith explains, “Aircraft Certification has about 1,200 people nationally, and 60 to 70% are engineers. That’s very similar here. I have engineers who sit in Aircraft Certification offices and those who sit in Standard Staff [which] does the rules, does the regulations.” She adds, “In addition to the rotorcraft, we look at the rules, we look at the policy; we look at special conditions and exemptions.” The Fort Worth Directorate also governs design and manufacture of all civil aviation products in Texas, Oklahoma, New Mexico, Louisiana, and Arkansas. “Whereas our engineers will approve a Type Certificate or Supplemental Type Certificate, our manufacturing people will approve Production Certificates and provide oversight relative to production.”

Kim Smith came to civil helicopter and tilt rotor certification after leading qualification programs in the US Navy. She observes, “The biggest difference is with the military, the people doing the test are the customers. They have specs, but they also have mission requirements. You go in and test against the MIL Standards, but you also test against the mission requirements. In the FAA, we have the Code of Federal Regulations very similar to the MILSPECS in qualification – anyone who wants to fly a helicopter in a civilian community has to meet our minimum requirements. We’re not the customer. We’re just the arbiter of ‘Does that aircraft meet our regulations, comply with our rules?’ The customer – a helicopter EMS operator, for example – will determine if it meets their mission or not.”

Flight Tester
Growing up in Cleveland and Cincinnati, Kim Smith was drawn to flying machines early. She recalls, “I can still remember the exact day that I fell in love with aviation. I was probably about three or four years old. My parents for some reason decided to take my little brother and I to the airport – you used to be able to go out there and stand not quite on the flight line. We were standing behind a passenger-carrying propeller airplane – we’re talking in the early ‘sixties. They both had to hold my hands because the wind was blowing and I felt the power. I’ve loved aviation ever since. Nobody else in the family did, but they were thrilled that I was excited by it.”

A school assignment provided unique direction. “I loved aviation, but I never thought about engineering until I was in 10th grade when they did the career outreach where you’re supposed to study what you want to be. By then, I had decided I was going to be an astronaut. Neil Armstrong was a professor at the University of Cincinnati and through some people talking to people, I managed to get an interview with him. I was 13 years old or so. I wanted to talk to him about what it was like to walk on the moon. He kind of took over the interview, thank goodness. He said, ‘I think you should go into engineering.’

The University of Cincinnati provided an engineering foundation. “It was a hometown school. Since I was in Cincinnati and sort of had to put myself through school, I could afford it, and it had a really good aerospace program. There was no rotorcraft teaching in my undergraduate curriculum, so I didn’t get introduced to helicopters until later.

“I was the president of my AIAA chapter, and we had people from the Navy at Pax River come talk to us. I was just amazed at what they did. Up ‘til then, every company I’d interviewed with had said, ‘We get our flight test engineers from our structures department.’ These people came and talked to us about what they did at Pax, and I asked if they ever hired new college graduates. They said ‘sure.’ I went out to Pax River, and the offer I got from them was from Rotary Wing. That’s how I got into helicopters. They let me have a flying role in my job.”

Ms. Smith earned her MS in Aeronautical Engineering from the US Naval Postgraduate School and graduated from the US Naval Test Pilot School as a rotary wing flight test engineer. “I learned how to be part of the team. The pilots learned how to fly the different maneuvers – how do you test an aircraft. As engineers, we learned if you do this test, this is what the results mean. We learned how to analyze the data when it was all said and done.”

From 1981 to 1990, Kim Smith worked on a range rotorcraft programs. “When I was with the Department of the Navy, I worked a lot on the H-46 and H-53,” she recalls. “I was the lead engineer on the AH-1 Whiskey model as that was introduced to the fleet. I spent a lot of time flight testing rotorcraft. In 1990, I was still attached to Pax River, but they sent me to Arlington, Texas to the Bell Helicopter detachment. That’s where I worked on the V-22. I was the lead engineer for Prototype Aircraft Number 3 – they did a lot of structures tests on that one.”

Osprey development posed special challenges. “There was a lot of pressure to make sure the V-22 was fielded. There was also a lot of pressure to make sure it was a safe aircraft. You had to deal with those pressures on a day-to-day basis,” says Ms. Smith. “In early ’92, a fight crew in which I knew everybody on board flying from Florida up to Quantico ended up in an accident that killed seven friends. No matter how much you love your job and how much passion you have, with seven memorial services in seven days, I just couldn’t do it anymore.”

The Marine Corps Osprey program manager presented a new opportunity. “That week, the FAA called him looking for a flight test engineer with tilt rotor experience. One day I was working for the Navy at Arlington. The next day, I was working for the FAA detachment at Fort Worth.” Kim Smith joined the FAA in November 1992 as a flight test engineer in the Rotorcraft Directorate overseeing domestic programs including the then-new Kaman K-MAX and international developments including the EH101 and PZL Swidnik W-3.

A 1997 to 2005 assignment at FAA Headquarters in the Engineering Division was followed by a tour at the Small Airplane Directorate from 2005 to 2010. The retirement of the Rotorcraft Directorate manager brought Kim Smith back to Fort Worth in 2010. “It was a dream to come back and end my career where I had started it.”

Safety Team
The FAA was part of the IHST at its outset in 2005. ”In the beginning, it was very data driven,” says Ms. Smith. “We had a Joint Helicopter Safety Analysis Team – the JHSAT. We still work on the Implementation team – the JHSIT, and we work on the [Joint Helicopter Implementation Measurement & Data Analysis Team] – the data team. We work on that to see if the interventions we’re doing are making a difference or not.”

The FAA Rotorcraft Directorate is also responsible for certifying the AW609. “Right now, we’ve got a full set of standards,” says Ms. Smith. “Until we have that first civil tilt rotor having gone through that whole process, we probably won’t have a Part 28 or 31, but we’ll have something. Right now, AgustaWestland has responsibility for the tilt rotor and they’re working toward those the standards; they’ll be formalized at the conclusion of the program.”

The Rotorcraft Directorate is examining other innovations. “We certainly have fly-by-wire kinds of things that are new for us,” says Ms. Smith. “HUMs – Helicopter Usage Monitoring Systems – although they’ve been around in DoD for a time, we’re now finding out how to get them on our helicopters for credit. Something else way out there we haven’t really gotten involved in yet is the introduction of rotorcraft Unmanned Aircraft Systems – it will be interesting to see how we play in that world.”

For all the technical challenges, budget pressures today deny the Rotorcraft Directorate added resources. “That means we have to get smarter in what we do and find streamlining ways without getting more people. I am very fortunate that we can still have a limited amount of hiring with people leaving, but we’ll just have to figure out how to do things smarter.”

The FAA, Helicopter Association International, and AHS International are teammates on the IHST. “Historically, when I was with the DoD, we had a close bond with AHS – we attended the Forums. What I’ve seen in the last couple of years has been a real outreach to us. There’s real potential for sharing. You guys are very technical, very academic, very smart. Whereas HAI is operational, AHS is more technical. I see real potential to share. We are not the only experts in rotorcraft in the world. I think AHS is going to be a good venue for us to start working with the broader community.”