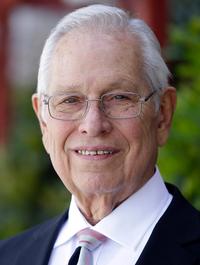 Elling Bernhard Halvorson, founder and chairman of the board of Papillon Grand Canyon Helicopters in Boulder City, Nevada, died April 16, 2020, at the age of 88. With the opening of his helicopter tour company in 1965, he is credited with creating the site-specific helicopter tourism sector.

Halvorson was born in St. Paul, Minnesota, on Jan. 2, 1932. His father was in the construction business, and the Halvorsons moved from state to state for his work. After high school, he attended college in Iowa and Idaho before graduating from Oregon’s Willamette University with a degree in economics and engineering.

Following college, Halvorson followed in his father’s footsteps and owned a construction company, one that specialized in geographically remote, difficult projects. In 1960, for one particularly challenging project for AT&T in the Sierra Nevada Mountains, Halvorson bought his first helicopter, a Bell 47G-3B-1, to ferry workers and light construction materials up and down the mountain.

In 1963, he began a construction job in the Grand Canyon, using helicopters to help build a buried 13.5-mile (22 km) water pipeline connecting the North and South Rims of the canyon. Over the course of the project, Halvorson used a variety of helicopters, leasing a Sikorsky S-61, Bell 204B and Sikorsky S-55, and had a fleet of Bell 47G-3B-1s and Hiller SL-4s. According to the company, this project remains today as the largest helicopter-supported construction project ever completed in the United States, requiring more than 25,000 flight hours.

Struck by the canyon’s beauty, Halvorson founded Grand Canyon Helicopters in 1965, providing aerial tours to the public. He soon purchased Grand Canyon Airlines, with six Piper Cherokee airplanes, which would later become Grand Canyon Scenic Airlines (the airline was started in 1927 as Scenic Airways and is believed to be the world's oldest air tour company in continuous operation).

Halvorson changed the company’s name to Papillon (French for “butterfly”) in 1990. It expanded to Las Vegas, Nevada, in 1998; it acquired Lake Mead Air in 2004 and began flying to Boulder City, Nevada.

Elling Halvorson was a strong advocate of giving back to the helicopter industry. In 1986, he cofounded the Tour Operators Program of Safety (TOPS), a group bringing together air tour operators to develop operating standards and recommended safety practices that exceed regulatory requirements. Halvorson served two terms as chairman of the Helicopter Association International’s Board of Directors. He was also active in other organizations, including the National Business Aircraft Association, American Helicopter Society (now VFS), National Parks Overflight Advisory Group, US Travel Association and the US Air Tour Association. He was inducted into the Vertical Flight Hall of Fame as part of the 2016 Living Legends of Aviation Award.

Halvorson was also dedicated to helping his community through donations and support for the Evergreen Hospital in Kirkland, Washington, where the Halvorson Cancer Center is located, as well as the Seattle Union Gospel Mission and the family’s nonprofit, the Halvorson Charities Fund. His book, Detours to Destiny: A Memoir, was published in 2018.