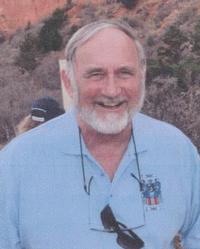 John W. Sobczak, 85, passed away on Nov. 9, 2020. He was a native of Bay City, Michigan, and had been a resident of Newport News, Virginia, for 56 years. He graduated from the University of Detroit and served in the US Army from 1960-1962. He was an aeronautical engineer for the US Army, retiring from the Applied Aviation Technology Directorate (AATD) at Ft. Eustis, Virginia, after 34 years of service. He had joined the then-American Helicopter Society in 1980.