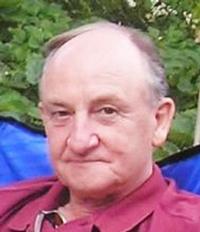 Jim Howlett, a 46-year employee of Sikorsky Aircraft, passed away from cancer on March 18, 2021.

Howlett was born in Woodford, Northamptonshire, England, on Sept. 16, 1938. In September 1955, at age 17, he was accepted as an apprentice at Hawker Siddeley Aviation Limited, de Havilland Division, in Hatfield, England. For five years, he would work for six months and then spend six months in class at Hatfield College of Technology (now Hatfield University).

After he received his degree, Howlett worked at Hawker Siddeley (1960–1966) as an aerodynamicist, specializing in stability and control, and conducting analysis in the Research and Future Projects department. He received graduate degrees from the Royal Aeronautical Society and the Institution of Mechanical Engineers in London, England.

In 1966, he was recruited by Sikorsky Aircraft, Stratford, Connecticut, and immigrated with his wife.

Howlett spent 46 years (1966–2012) at Sikorsky, starting in the Research Engineering Branch and then moving to the Handling Qualities Section, where he worked his way up to become the manager of Handling Qualities. He was a major player in the design of, and modifications to, several of Sikorsky’s helicopter models with the goal of meeting handling qualities requirements or further improving vehicle handling characteristics. He held several patents marking his contributions, especially in integrating modern engine controls with helicopter responses. As the industry was transforming from limited-authority flight control systems to more advanced full-authority, fly-by-wire systems, Howlett provided leadership to the group that performed the control law design to take advantage of these new capabilities.

Howlett’s most significant contribution, however, is undoubtedly his role as chief architect of Sikorsky’s blade-element flight dynamics simulation model known as GenHel (for “General Helicopter Dynamics Simulation Model”). He started that effort early in his career and is largely responsible for the development and maturity of the analysis detail that it includes. GenHel was a major advancement in rotorcraft flight simulation fidelity, which had been based on tip-path-plane models until that time. As digital computer power advanced, he continued to expand the physics that GenHel simulated. With increased computation power, the GenHel model ran in real-time, providing for a high-fidelity piloted simulation. Howlett’s continued efforts to improve simulation fidelity helped reduce the risk in design and helped reduce helicopter development time. Largely because of his efforts, the GenHel program is regarded by those at NASA Ames and within military research groups as an industry standard. Howlett continued that role as chief architect while managing the Handling Qualities and Control Law section until he retired. During his time at Sikorsky, he also managed to complete a Master of Business Administration (MBA) degree at New Haven University in 1981.

Howlett was a visionary, recognizing the importance of many emerging technology advances in handling qualities criteria, system identification and flight control design to the new family of full-authority, fly-by-wire helicopters. Howlett also found time to mentor and teach many of the engineers that worked with and for him at Sikorsky. Howlett was a strong proponent of research collaborations, giving his young engineers opportunities to learn these new technologies and benefit from the interactions with colleagues outside of Sikorsky.

In 2011, Howlett was recognized as a VFS Technical Fellow for making notable and outstanding technical contributions to the vertical flight community and advancing the interests of vertical flight. He was a long-time associate editor for the Society’s Journal of the AHS. Throughout his career he gained the respect not only of those within Sikorsky, but also of those in the company’s customer base, and his peers in industry and academia.

Outside of work, Howlett enjoyed travelling the world with his wife Brenda and spending time with his children and grandchildren. He was an avid alpine skier and gardener, and coached soccer for the local town soccer program for 45 years.