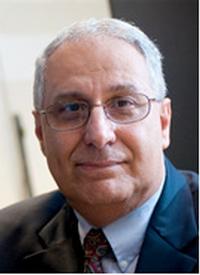 A Coptic Christian native of Egypt, Mankbadi grew up between Cairo and Upper Egypt. He first attended the Franciscan Catholic School, then moved to public schools in upper Egypt until receiving his High School Diploma, with the highest ranking in his class, and joined Cairo University College of Engineering.

Upon receiving his BS degree in Engineering, being the Valedictorian of the graduating class, he was appointed as an instructor faculty at Cairo University. After completing his Masters, he moved to North America where he received his PhD in engineering from Brown University, RI, USA. Following his academic appointments at Cairo and Rutgers Universities, Mankbadi joined NASA Glenn research center as a Senior Scientist, and in 1990 was appointed as Fellow of the NASA Lewis Research Academy, which reports directly to the center director. In 2000 he moved to Embry Riddle Aeronautical University (ERAU) and served as Chair, Dean, and Director of Research. He is currently a Distinguished Professor and the ERAU Director of the Florida Center for Advanced Aero-Propulsion (FCAAP).

In 2008, in collaboration with the top State Universities, Mankbadi co-established the Florida Center for Advanced Aeropropulsion (FCAAP) through a Grant of nearly $15M from the State of Florida. The Center helped in utilizing the research talents of the Universities to advance the technology level of the Aerospace Industries in Florida. At ERAU, the grant was used mainly as seed money to start research at the newly- established COE. This led to securing additional funding from the industry partners and lead to transferring the College of Engineering to a prominent research as well as teaching University.

Mankbadi has contributed significantly to the advancement of science in the areas of Propulsion, Aeroacoustics, Turbulence, and Energy. He has published nearly 200 technical articles and books on these topics. His research has been funded by the National Science Foundations, NASA, AFOSR, ONR, and other Federal Agencies and Industries. He has served as an Associate Editor for the Journal of Energy Resources. Journal of Turbulence, and Journal of Aeroacoustics.

Mankbadi has received several honors and awards in recognition of his scientific contributions. This includes: