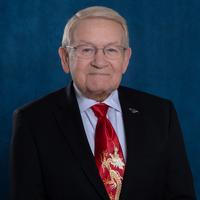 Summers was born on Feb. 23, 1938 in New Port, Oregon. His aviation career spanned more than six decades. After receiving his Airframe and Powerplant (A&P) maintenance license, he worked in Alaska in the early 1960s. Summers joined Petroleum Helicopters, Inc., (PHI) in 1964, eventually becoming vice president of maintenance, where he presided over maintenance and support for a global fleet with more than 400 helicopters in the Gulf of Mexico alone. He later served as acting chief engineer for a joint venture between PHI and China Southern Helicopter Company in Zhuhai, Guangdong, China.

In 2004, Summers joined HAI, where he was directly responsible for managing the fly-in and fly-out each year at Heli-Expo. In that role, he would work with local airports to coordinate staging and fueling sites and with the US Federal Aviation Administration (FAA) to manage the regulatory requirements, and then managed the arrival and departure of up to 60 helicopters to be displayed on the show floor. Summers also worked with other HAI staff members, regulators and industry stakeholders to resolve issues for HAI members.

“Hal was an icon in the industry, a subject-matter expert on everything involving helicopter maintenance, and he felt it was an honor and obligation to share his wisdom and experience with the rest of us. We are a better industry because of his passionate contributions, and he will be profoundly missed,” said Jim Viola, President and CEO of HAI, in a statement.

Harold “Hal” Lee Summers, a fixture in the rotorcraft industry since the 1960s, died on October 20, 2021. He was the director of flight operations at Helicopter Association International (HAI) for nearly 18 years.