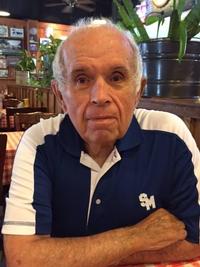 Bennett was born July 29, 1937, and grew up in Fort Smith, Arkansas. He received a BS in Industrial Engineering from the University of Arkansas in June 1959; staying on at Arkansas, he received an MS in Engineering Mechanics two years later, while also teaching statics, dynamics and mechanics of materials. Then, while working at DuPont, he transferred to Texas A&M University, graduating with a PhD in Mechanical Engineering, in June 1965, with a Ford Foundation Grant, followed by a NASA Fellowship.

At Bell Helicopter (1966–2001), he led work in rotorcraft aerodynamics, dynamics, fuselage vibration, rotor stability and flight simulation. In his early career, he was the program manager for the original rotorcraft flight simulation program, C81, with overall responsibility for technical content, analytical methodology and applications. He later directed Bell’s research analysis group on rotor systems and drive systems. In the 1980s, Bennett led the company’s application of optimal design techniques to helicopter design problems. In the 1990s, he led efforts on active controls and adaptive vibration suppression for tiltrotors.

In parallel (1980–2005), Bennett was an adjunct faculty at the University of Texas in Arlington, where he typically taught two evening courses in the fall and one in the spring semester, including Advanced Mechanical Vibrations, Helicopter Analysis and Design, Optimum Structural Design, Optimum Mechanical Design and Aeroelasticity.

Bennett was an author/co-author on at least 20 papers and reports for VFS, the US Army, NASA and other organizations, on subjects as diverse as active noise control, tail rotor design, flight simulation and optimal design applications to rotorcraft problems. He joined VFS in 1968 and was named a Technical Fellow of the Society in 2005.

In addition, Bennett offered consulting and educational services related to rotorcraft aerodynamics, dynamics, fuselage vibration, rotor stability, and flight simulation, as well as on accident investigations and reconstructions, and litigation preparation. He also joined AVX Aircraft as a consultant for several years, where he continued to mentor engineers new to rotorcraft.

Richard Leo Bennett, age 84, of Fort Worth, Texas, passed away on April 25, 2022. He was a VFS Technical Fellow and Emeritus Member.

His friends and family called him a “curmudgeon-in-chief” and wrote a humorous remembrance (published at www.vtol.org/news), stating, “Nature blessed Dick with a keen mind and a wicked sense of humor.”

Those interested in contributing to the Vertical Flight Foundation (VFF) Richard L. Bennett Memorial Scholarship Fund can go to www.vtol.org/vff or mail a check to VFS headquarters.