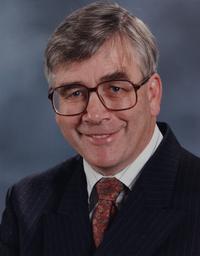 Born on June 14, 1945, and brought up in Ilminster, Somerset, it was natural that this aviation-minded young man sought employment at the nearby Westland Helicopters, which he joined at the age of 16 as an engineering apprentice. Night school and day release ended in a master’s degree from Cranfield in 1969.

Returning to full-time work in the company, he was intimately engaged in the detailed design of Westland Lynx, where his talent for design and management in equal measures began to shine. He was appointed the technical lead for the Arab British Helicopter Company in 1978, which almost immediately fell victim to world politics. Returning to Yeovil from Cairo, Case soon found himself responsible for Lynx design and in 1982 he was promoted to the role of Westland’s Chief Designer. In 1985, he was invited to join the Westland Helicopter’s board as the Engineering Director to lead the entire engineering organization, including the dedicated project team tasked with the development of the Anglo-Italian EH101 helicopter in collaboration with Agusta SpA.

In the early 1990s, the company was restructured following its acquisition by GKN and Case was appointed Managing Director and then Chief Executive Officer of the restructured GKN Westland Helicopters, Ltd., established in 1995. In this role, Case was at the center of the most significant partnerships and programs in place at the turn of the century. His relationship with the company’s Italian partner was firmly in place, but now he was to forge equally important relationships with McDonnel Douglas/Boeing and IBM/Lockheed Martin, which would yield the successful Apache and UK Merlin programs, as well as establish a partnership that would win the prestigious VXX program to build a new fleet of “Marine One” helicopters derived from the EH101.

In 2001, AgustaWestland would be formed as a joint venture between GKN and Finmeccanica, and Case would be appointed as its first Managing Director alongside his on-going role as Chairman of GKN Westland Helicopters, Ltd. In this position he would be instrumental in the formal merger and comprehensive integration of the two organizations under the ownership of Finmeccanica, finalized in late 2004.

Case’s path from joining Westland Helicopters as a 16-year-old apprentice in 1961 to its Chairman 40 years later can be nothing if not the rarest of achievements. To have also added his role as Managing Director of the joint venture with Agusta SpA and the shepherding of a successful merger of both organizations into one of the most capable helicopter design and production companies in the world marks him out as a true captain of our industry. Notwithstanding his outstanding career path, Case never forgot how it had started and he was actively supportive of the apprentices and trainees, promoting early career path planning and pressing for the inclusion of extra-mural activities as a route to a rounded character: both lines of personal development continue to this day. As Managing Director of AgustaWestland he was able to establish the “future leaders” program in Italy and the UK.

After retiring from his position with AgustaWestland in 2005, Case continued to apply his talent for managing complex industry transitions by accepting senior roles in organizations to help them manage changes of ownership.

Case’s career is punctuated by the recognition received from his Industry peers, local communities, and government agencies. In 1994, Case was honored with the award of the “Cavaliere dell’Ordine al Merito della Repubblica Italiana,” the highest-ranking honor of Italy. He received the Royal Aeronautical Society (RAeS) individual Gold Medal in 1998 in recognition of his outstanding contribution to rotary-wing aviation. He was recognized in 2002 by Her Majesty the Queen’s New Year’s Honours list for services to the Aerospace and Defence Industry by the award of Commander of the Order of the British Empire (CBE) and two years later appointed Deputy Lieutenant of Somerset. Exeter University would recognize him with an Honorary Degree of Doctor of Science in 2003, which was followed in 2004 with the award of the Gold Medal of the Confederation of European Aerospace Societies (CEAS) in recognition of his contribution to the successful integration of GKN Westland Helicopters Ltd with Agusta SpA. He was a member of the Council of the RAeS, of which he was a Fellow, and a Fellow of the Royal Academy of Engineering (RAS).

Outside of the Industry that he served, he was a Governor of King’s School Bruton and Hazlegrove House School, a Trustee of the Museum of Army Flying, a keen golfer and passionate about historic motorcycles and cars. Riding to college on a Velocette as a young man set the scene for a lifetime fascination with motor vehicles from this era.

“We all remember him as an engaged engineer who set high standards that he expected to be met, a character once met never forgotten and yet a man with the common touch: I don’t think he ever forgot a name and would always greet one warmly with outstretched hand,” said Michael Overd, Leonardo Helicopter Division’s Chief Engineer for UK Military Aircraft.