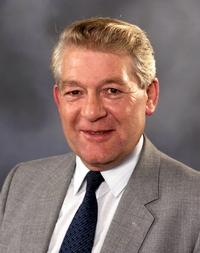 Trevor Egginton, OBE, AFC, MRAeS, was born in Rednal, Birmingham, UK in 1933. He joined the RAF at 18. He retired from the RAF with the rank of Squadron Leader in 1973, receiving the Queen’s Commendation for Valuable Services in the Air. He joined Westland Helicopters that same year as Test Pilot and was promoted to Chief Test Pilot before retiring in 1990.

In 1964 he was awarded the Chevalier Order du Merite Maritime and the Air Force Cross by the French Government for helping to rescue stranded fishermen off the coast of Cornwall.

Trevor Egginton passed away on December 8, 2014.