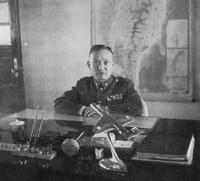 Major General Chia-Jen Chu (1900 – 1985) was a graduate of the MIT Class of 1926.  After completing his engineering education in the United States of America (USA) and a year of internship in the American aviation industry, Chia-Jen Chu went back to China to join the newly established Republic of China Air Force (RoCAF).