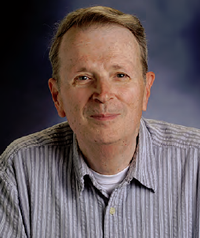 Dr. Raymond Kvaternik worked at NASA Langley Research Center for nearly 40 years, mainly in the Aeroelasticity Branch, where he led or participated in a variety of analytical and experimental investigations dealing with aeroelasticity and structural dynamics of fixed-wing and rotary-wing aircraft. His long term area of interest was tiltrotor aeroelasticity.

In the mid-1970s, Dr. Kvaternik conducted a critical examination of the nonlinear aeroelastic equations of motion (EOM) for helicopter rotor blades in forward flight. This work identified a number of inconsistencies, ambiguities, and errors in the literature dealing with this subject. Kvaternik also made significant contributions to helicopter airframe modeling technology. He was the manager/technical leader of the NASA/Industry Design Analysis Methods for Vibrations (DAMVIBS) Program. The ten-year program brought together four industry partners and NASA to establish the technology base required to develop an advanced finite-element-based dynamics design analysis capability for vibration prediction. The program improved airframe modeling methods by recognizing the importance of secondary airframe structures and the utilization of reduced order models. He defined, initiated, and led the tiltrotor aeroelasticity program at LaRC in the late 1960s and 1970s. Under his leadership, several wind tunnel tests were conducted, producing a wealth of fundamental data on the stability and response characteristics of tiltrotor aircraft which was not available prior to this effort.

While at NASA, he was also involved in the aeroelastic wind tunnel testing of every tiltrotor model examined at the NASA Langley Transonic Dynamics Tunnel (TDT). Kvaternik authored more than 90 publications, of which more than 70 were rotorcraft related. His many contributions covered a wide variety of topics such as development of non-linear flap-lag-torsion equations of motions for rotating beams, formulation of rotor-airframe dynamic coupling analysis, vibration reduction through higher harmonic control (HHC), airframe design optimization, and tiltrotor aeroelastic stability, etc. He was awarded a NASA Exceptional Engineering Achievement Medal in 1986 for the role that PRSTAB5, his tiltrotor aeroelastic stability analyses code, played in the development of the V-22, allowing the ability to predict the stability characteristics of high-speed flight in airplane mode. After his retirement in 2007, he stayed on as a Distinguished Research Associate, an honorary position which allowed him to continue his research.

He joined AHS in 1968, was an author on several AHS papers, and an Acting Associate Editor of the AHS Journal. He served on the AHS Dynamics Technical Committee (chairman and deputy), was the Technical Chairman of the AHS National Specialists’ Conference on Rotorcraft Dynamics, as well as a session chair or co-chair at many other AHS conferences. He was a recipient of the 2001 Grover E. Bell Award as a member of the Bell/NASA/U.S. Army Multipoint Adaptive Vibration Suppression Systems (MAVSS) Team.